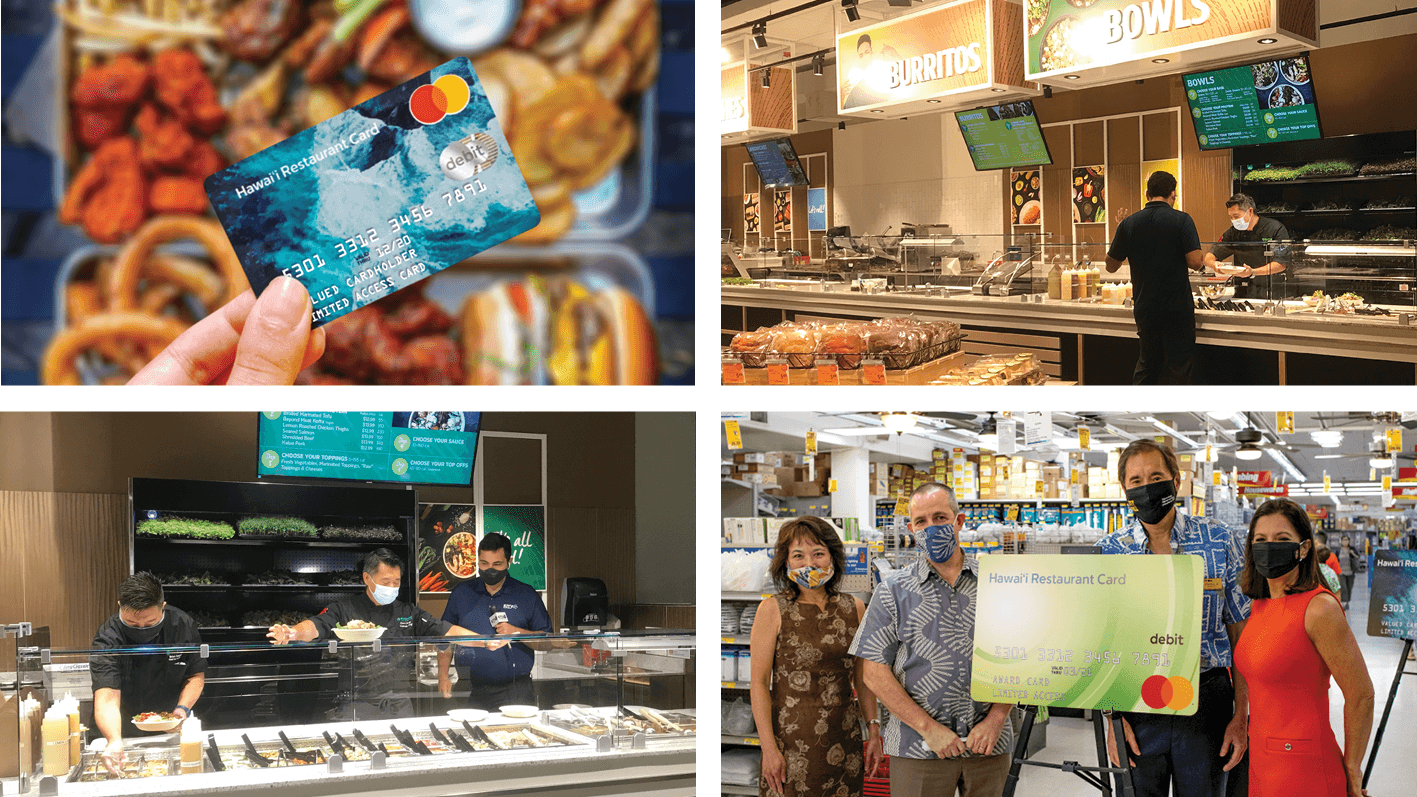 With unemployment at an all-time high and thousands of small businesses struggling to survive during the COVID-19 pandemic, the State of Hawai‘i’s Department of Business, Economic Development & Tourism (DBEDT) and the Chamber of Commerce of Hawai‘i developed a public-private initiative called the Hawai‘i Restaurant Card (HRC) Program to support local restaurants, bakeries, and caterers by utilizing $75 million in in Federal CARES Act Funds. The objective was to execute a marketing communications campaign to raise awareness about the HRC for beneficiaries including UI recipients, restaurants, and the food industry supply chain. This needed to be done through a sustained community outreach campaign — leveraging state, county, business, food industry partners, and the media — to motivate beneficiaries to spend all the funds on their HRC over the eight-week period.

Anthology created and executed a two-month integrated media campaign, focused on earned media placements, radio spots, paid and organic social media posts, and business and community outreach. The team developed a communications toolkit for all partners supporting the effort and executed two press conferences in coordination with Governor Ige’s office to announce the launch of the HRC Program and the continuation of the program into a second phase. Anthology worked closely with the HRC Program Coordinator to manage all communications needs, including the distribution of regular communication to the restaurant industry and directly with beneficiaries.

The HRC Program received more than 900 media hits statewide via television, print, online, and radio, resulting in $832,697 in publicity value. The successful media outreach efforts also resulted in awareness and education of the HRC Program from pre-launch through the end of the program. As a result, the HRC program assisted more than 4,200 restaurants, bakeries, caterers, farmers, fisherman, and restaurant supply businesses statewide. This retained 1,162 local jobs and assisted 142,504 eligible displaced workers statewide, resulting in an economic multiplier output of $151,233,083 for the State of Hawai‘i.